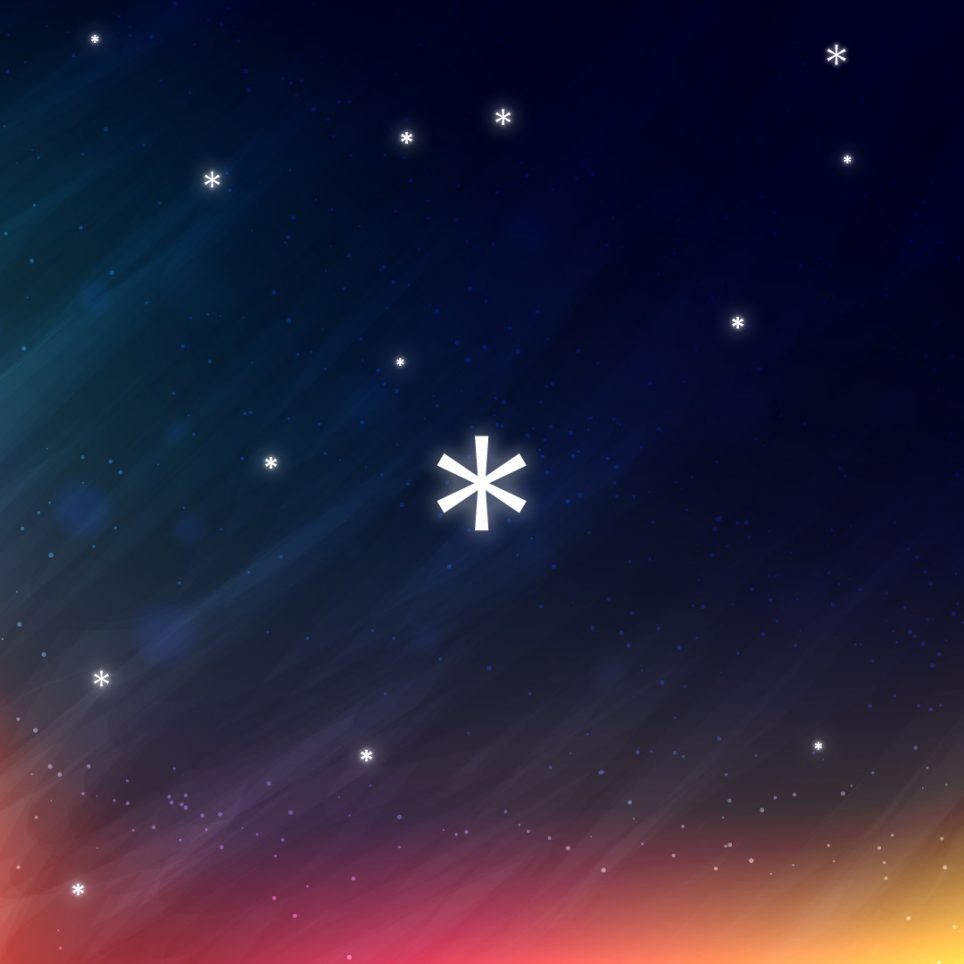 The word asterisk comes from the Greek word ‘asteriskos’ meaning little star and is considered one of the oldest punctuation sign.

Its primary use is to call attention to a footnote or annotation; it can also be used to indicate an omission or to censor profanities. When preceding a date, it can indicate a person’s birth. The asterisk is used in some programming languages to separate working code from comments.

Three asterisks in a row are called a dinkus and indicate a section break in text or can be used to censor an expletive ‘F***’.

A group of three asterisks in a triangular formation ⁂ is referred to as an asterism—like a pattern of stars lighting up the night sky. Used to divide subchapters or extended periods of text.